Writing with Confidence
Education and inspiration to help you succeed
Menu

It's Okay to Be Alone

An excerpt from Deliver Us from Evil: Daily Readings for Hard Times by Dorothy Lehman Hoerr

When we suffer, sometimes we just feel so alone. It’s good to remember that there’s nothing wrong with being alone.

We live in a society that equates being alone with being less valuable. If we don’t have a crowd of people around us all the time, we’re supposed to think we’re unsuccessful. Every commercial on the TV and song on the radio reinforces how we should worship at the altar of “family and friends.” 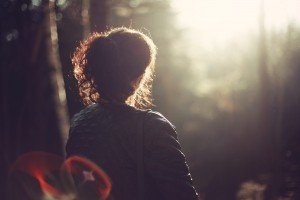 But off to the side and attracting little notice are those who choose to be alone. I love the documentary Alone in the Wilderness. It’s the story of a man who decided to build a cabin in Alaska and live there year-round by himself. It wasn’t that he didn’t have friends or family; he did. But he felt a call to a different way of life, a life few of us are privileged to experience, where his only concerns were food, shelter, and the enjoyment of his world.

Richard Proenneke wasn’t unsuccessful; in fact, he had enormous success in reaching his goals and living the way he chose to live. The cabin he so lovingly built and lived in for 30 years still stands on the grounds of a national park for visitors to admire. I think his story shows that we can have a very fulfilled and vibrant life without people around us all the time.

So, if you’re alone, there’s no need to stress over it. You’re just as capable of living out your goals and dreams on your own. Alone is a fine thing to be.

Today’s thought: “I finally faced the fact that it isn't a crime not having friends. Being alone means you have fewer problems.” - Whitney Houston